History of Citizenship Questions Predates the Statue of Liberty

As today marks the 132nd anniversary of the dedication of 'The Statue of Liberty Enlightening the World" on the 28th of October, 1886, it seems appropriate to answer the question that has been asked with increased frequency in recent weeks on social media. Although it has been worded several different ways (and some much more politely than others), the questions essentially seek to understand one simple concept, 'Is there any precedent for asking citizenship questions as part of a federal census?' The answer may come as a surprise to many — absolutely yes! 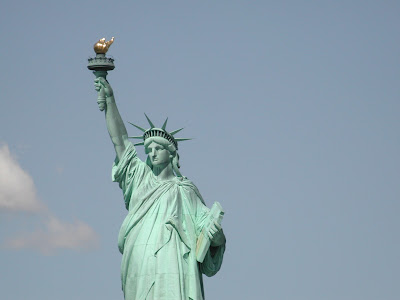 The first U.S. Federal Census was conducted in 1790. The population of just under 4 million represented 14 states, plus territories. Every 10 years thereafter, a decennial census was conducted as set forth in the United States Constitution.

While there were similarities from one census effort to the next, changes were deemed appropriate as the population grew, immigration increased significantly and the geographic footprint of our nation expanded well beyond the 13 original colonies.

The 1850 U.S. Federal Census was the first to require enumerators to collect data relating to an individuals place of birth (question 9). This question has been asked ever since. In 1880, question 24 asked, "Place of birth of this person, naming State or Territory of the United States, or the Country, if of foreign birth." This was the first census to also ask the place of birth of an individuals father (question 25) and mother (question 26). These questions could certainly be interpreted as seeking information relating to ones citizenship, but not specifically directed at citizenship.

The 1880 Population Schedule shown below (in part and in full) is from the Town of Litchfield, Litchfield County, Connecticut. Lines 24-28 show Governor Charles B. Andrews, age 46, his wife Sarah (43), son Charles (5), step daughter Katherine Osborn (17) and 21-year-old servant Mary A Doyle. 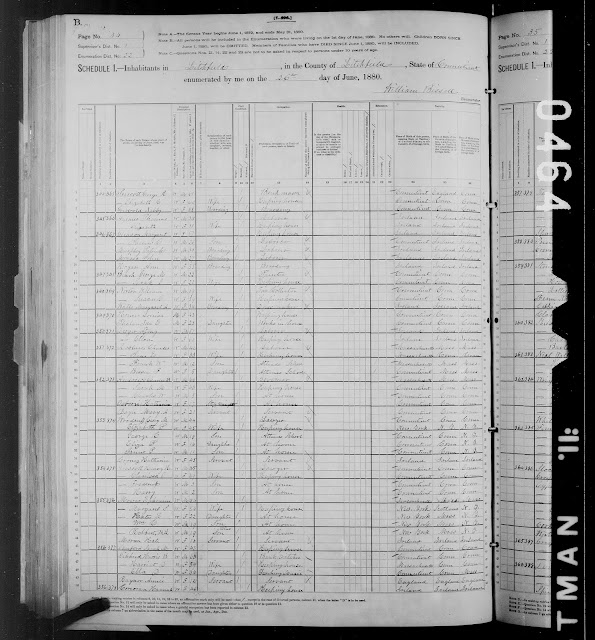 In the late 1800s, as the flow of European immigrants was rapidly increasing, there was intense pressure on federal government officials to safeguard the economy and availability of jobs for those already living in the United States (both natural born citizens, as well as those individuals who had filed their declaration of intention to become citizens). A review of newspapers from that period document many of the same concerns being raised now, more than a century later. Yet one thing remains clear, there is a precedent dating back more than a century for asking citizenship questions on our federal census.

The image below is an example of a typical passenger manifest, Italian immigrant Domenico Di Tota arriving in 1902 through the Port of Boston from Naples. He notes his destination as Waterbury, Connecticut and that he will be with his brother in law Francesco Santoro. 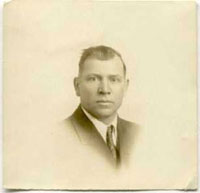 After arrival, an immigrant intending to seek citizenship would file a 'Declaration of Intention' as shown below. During a mandatory waiting period, they would attend classes to learn to read, write and speak English. They would provide references, complete a 'Petition for Citizenship' as the final application for their naturalization and eventually be sworn in as citizens of the United States. An important part of the swearing in is renouncing their allegiance to any other country. Once sworn in, they would be eligible to vote (the the extent that U.S. laws provided such a right to citizens). 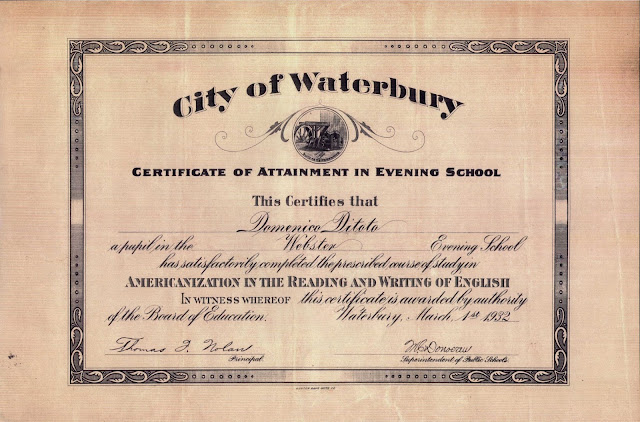 As the controversy over the upcoming 2020 U.S. Federal Census continues, the Supreme Court of the United States stepped in to protect the Commerce Secretary from answering attorney's questions regarding his decision to add a question relating to citizenship.

As reported by the Post, "The Supreme Court on Monday shielded Commerce Secretary Wilbur Ross from answering lawyers’ questions in a lawsuit challenging his decision to add a citizenship question to the 2020 Census form.

The government had asked the Supreme Court to block questioning of Ross as part of a lawsuit filed by several states, including New York, and civil rights groups. The groups are seeking to stop the administration from adding a citizenship question to the decennial count."   » View the full Washington Post article by Robert Barnes and Tara Bahrampour

While we are not surprised to see the instant controversy, it is worth noting that citizenship or citizenship-related questions have been asked as far back as the 1880 U.S. Federal Census, then again in 1900, 1910, 1920, 1930, 1940 and later efforts.
No comments:
Email ThisBlogThis!Share to TwitterShare to FacebookShare to Pinterest
Labels: 2020 Census, Aliens, Citizenship, Immigration, Naturalization
Location: Washington, DC, USA
Newer Posts Older Posts Home
Subscribe to: Posts (Atom)